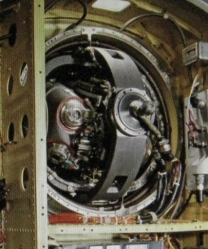 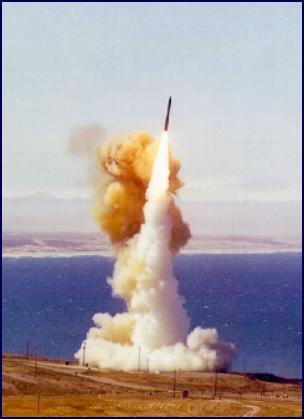 WE WON DID WE NOT?

I spent 35 years of my life helping to develop and produce efficient machines for our nation that had but one purpose: destroying nations! When I say nation I mean the population of the nation, its wealth, and its ability to sustain life. We were successful in the task of producing these machines and I am proud of what I was able to contribute. I am a peace loving Human being and I believe the use of these killing machines would have come close to ending life on Earth. So, how do I explain the conflict between producing killing machines and love of peace?

In the era of the mid-nineteen thirties, the ability to release vast amounts of energy by splitting the atoms of a small amount of a heavy element was discovered. The discovery is recognized as the beginning of the Atomic Age. It was also recognized that a “Nation destroying bomb” could be made using energy released from the splitting of the atom. People within science and government were both elated and aghast, depending on the person and government. The general public took no notice. The rest is history, as they say.

Shortly after WWII, it became clear an adversarial relationship had formed between the United States and the Soviet Union. This increasingly confrontational relationship between former allies prompted Winston Churchill to point out the Cold War had begun by declaring: “An iron curtain has descended around the Soviet Union”. The questions for the political leaders of the Western Bloc (USA, Et Al) were: How do you fight a “Cold” War and what is the strategic Plan for winning? At same time, the mood of the people of the United States was full of fear of a nuclear war – It was pervasive. The fear was somewhere in the World a confrontation between the armed forces of the two Blocs would lead to a war that would be disaster for all people. It became clear war was not an option for the national policy of any nation. It was clear perceptions of weakness, true or not, had to be avoided by the USA and USSR to avert miscalculations about war or peace.

A tacit agreement evolved between the USA and USSR that any confrontations that did occur would be between proxy forces controlled by the two Blocs and not between the forces of the USA and USSR. The USA set forth a plan intended to convince the USSR that any attack on the USA would result in the immediate destruction of the USSR. This policy was labeled the “Mutually Assured Destruction” policy otherwise known as “MAD”.

In order for this policy to have the intended deterrent effect on the USSR, the USSR had to be absolutely convinced the USA had the means and the will necessary to completely destroy the USSR. This means the USA had to have weapons systems that could survive a first strike by the USSR, have the accuracy needed to hit the intended targets, have very high reliability, and fast response to a national decision to retaliate. As part of MAD, the USA pledged to never mount a first strike against the USSR. This was the status of world politics when I went to work at North American Aviation in 1955.

My role at NAA was to assist in the development of guidance systems for aircraft, missiles, and submarines. The NAA guidance systems were, in large measure, responsible for the USA having weapons systems which demonstrated performance and accuracy necessary to convince the USSR of the utter folly of a first strike against the USA.

One would be correct in believing that I am proud of my contribution as a craftsman in the field of Inertial Guidance Systems. It is the pride of a craftsman who is good at his craft. This, however, is not the pride I speak of. I am proud of the fact that our deterrent weapons were never fired in anger and the USA policy of deterrence worked! In fact, if our weapons had been fired in anger, it would have been considered a massive failure by those few who survived. Millions of people are alive today because the MAD deterrent policy averted war. I am proud of my part in the successful aversion of war and I declare no mea culpa is required from me and none is offered!

Published by THE OLD MACHINIST

I am 87 years old and married for 65 years. My wife passed away in 2016. I am a retired engineer and spent 35 years developing INS gyroscopes. I was a High School mentor in physics, a mountaineer, a model builder, a machinist and I have a degree in Physics. My interests include railroad history and photography, science history, cosmology, interesting people, and old engineering drawings. I place a high value on my friendships. I enjoyed my life and I am trying to look forward with a sense of anticipation and curiosity. View more posts

PLEASE LEAVE A COMMENT; THEY HELP ME IMPROVE MY WRITING Cancel reply