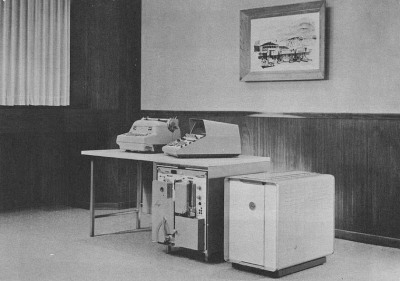 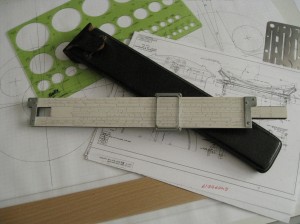 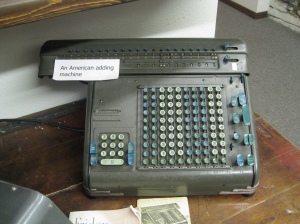 I studied math and science using a log-log deci-trig, 10 inch long, folded scale, Post-Hemi slide rule made of bamboo and ivory. I made use of various math tables such as log and trig when I needed more significant digits than one or two. I even remember how to use them! I have them yet (displayed in my little museum case near my computer) to remind me of what life was like “back then”. Today when I fail to remember a needed formula, I still consult my well-worn copy of “Mathematical Tables from Handbook of Chemistry & Physics”, the small green book that was commonly seen being carried by science students like me. These were our tools before electronic calculators or computers.

I must tell you this story as it illustrates well the present status of the “tools” we used “back then”. I was a Manager in an inertial instruments development group. One of my duties was to recruit and hire newly minted Engineering or Physics graduates. I was tasked to mentor the new-hires in the laboratory I managed. This was a task I relished as I am a teacher at my core. I had a vested interest in each new-hire’s success as I had hired them. One day, in my office, I was chatting with one of my new-hires. This particular person had recently graduated from the UCI University with a BSc. in Physics. As the conversation came to its conclusion, this person picked up my slide rule, examined it with interest, and then asked me what it was! I was taken aback, to put in mildly. This person professed to not having seen a slide rule let alone use one. There is no good reason this person should have seen a slide rule but this lack brought home to me how much things had changed since I was a student.

Upon my graduation, I became a member of the Technical Staff (an Engineer). In that role, I became familiar with the Frieden mechanical calculator. It was an improvement over the slide rule in that it allowed many more significant digits for ordinary calculations but totally lacked the capability to perform calculations involving square-roots or trig functions.The use of math tables was still necessary. The Frieden calculator is both slow and noisy, as I quickly learned. It was for these reasons I was delighted when our Company’s new “small” electronic computer, the “RECOMP II”, was rolled into our Test Laboratory. It was the size of an ordinary office desk. It could do calculations involving square-roots and used punched paper tape for data entry. It was heavenly to us! However, within a few years the next calculation wonder-machine was to be placed in our eager hands.

Our Company developed and manufactured one of the first hand-held calculators. Our Company let us buy them at what I believe was the Company’s cost of manufacture – 300 dollars each! We bought them gladly because they really were more useful than what we had until then. As time went on, the Company produced better and better hand-held calculators which we dutifully purchased and used.

Time passed and medium sized computers became commonplace in our Test laboratory. We reached a new height in computing power when we took delivery of our first ONE MEGABYTE disk memory unit. Oh! The things we did with this MEGABYTE of memory. And the unit was only 10x the size of a bread-box. Heavenly! We quickly acquired several more units in a bid to get ahead of our thirst for more memory; of course we never did. Never will!

By the time I retired, twenty years ago, computers had become small enough to allow them to be imbedded into the test equipment instead of being only allowed in the nearby computer room. These small imbedded computers made a big difference in the versatility of the test equipment. The reduction of the size and number of cables required to connect the test equipment to the outside world was dramatic and welcome.

To give you an example of the progress made in the past twenty years, I inform you I am composing this missive on my personal computer. This computer has four CPUs, eight gigabytes RAM, one and one half terrabytes memory, etc, etc. It talks to the outside world via a fiber-optic cable. I do not believe very many people were able to see such as this coming when I began my engineering career. Actually, we were too busy inventing ways to achieve a round-trip to the Moon, safe and efficient aircraft, precision Inertial Navigation Systems and the many other things we take for granted today to do much in the way of auguring. And for these tasks we had only our trusty slide-rules and clunky mechanical calculators for our use. For me, it was a wild ride and I enjoyed every minute of the thirty five years I spent developing and producing gyroscopes for the best Inertial Navigation Units ever brought to market. I would not change a thing.

Published by THE OLD MACHINIST

I am 87 years old and married for 65 years. My wife passed away in 2016. I am a retired engineer and spent 35 years developing INS gyroscopes. I was a High School mentor in physics, a mountaineer, a model builder, a machinist and I have a degree in Physics. My interests include railroad history and photography, science history, cosmology, interesting people, and old engineering drawings. I place a high value on my friendships. I enjoyed my life and I am trying to look forward with a sense of anticipation and curiosity. View more posts

PLEASE LEAVE A COMMENT; THEY HELP ME IMPROVE MY WRITING Cancel reply